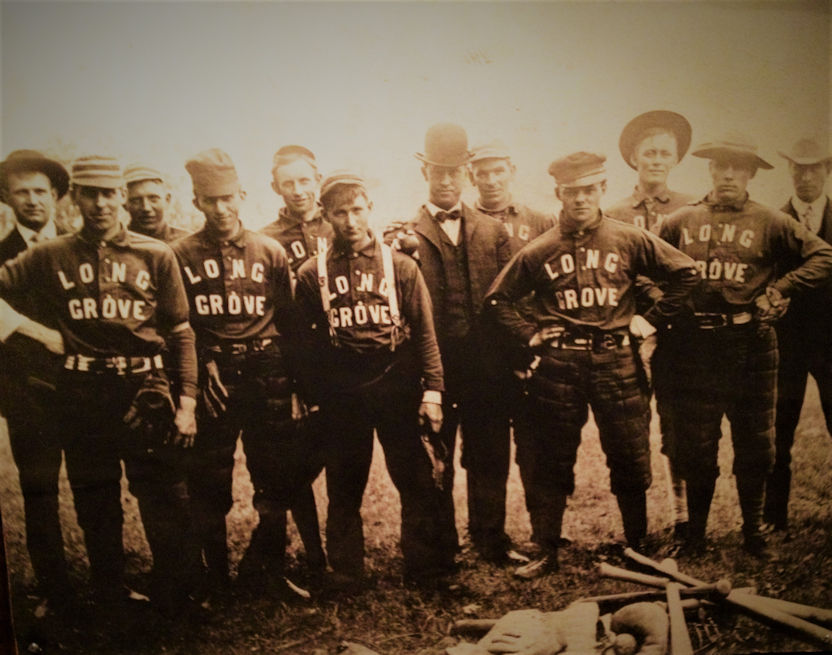 Long Grove history begins millions of years ago when the glaciers started to recede and the ice that melted created small hills called the Kettle moraine. These hills provided islands at the end of a vast prairie ocean where forests flourished. The native Americans prospered here using the forest’s natural resources for shelter, hunting, and trade. Being nomads these tribes traveled with the seasons. In the 1800’s this area became a place where German, Scottish, and other European immigrants came. These settlers Traded with the natives and worked in peace, helping bring in crops and in providing labor for projects. During the Black Hawk War in 1832, the Chief Aptakisic  protected the settlers in the towns area from an impending attack.
Long Grove settlers became acquainted with Aptakisic and his tribe of Potawatomi in 1833 when his tribe  settled along the Des Plaines River. Many of the local dairy farmers brought their milk to the creamery in town and traded with the two general stores. They would also get their wagons fixed and attend church as well.
Today long Grove is a symbol of our preservation of the past with the thought that the spirit of free enterprise can still exist in America.
Long Grove Historical Society